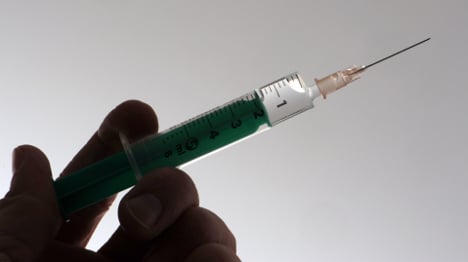 An administrative court of the Westfalen-Lippe medical association in the state of North Rhine-Westphalia has fined Dr Daniel Ubani over the death of 70-year-old Englishman David Gray, association spokesman Volker Heiliger told The Local, confirming a report in Britain’s Guardian newspaper.

But Heiliger said the chamber did not have the power to strike off Ubani, even though they would like to, because this was up to the local government in nearby Arnsberg, which actually employs Ubani.

“It’s now up to the authorities in Arnsberg; we have no further power to act,” he said.

A spokesman for the Arnsberg district council could not be reached for comment.

Ubani, who has mostly worked as a cosmetic surgeon in the Rhineland city of Witten, has been free to practice despite being found responsible for the accidental death of Gray. Previously he had been given a nine-month suspended sentence and €5,000 fine by another court.

Gray died while Ubani was working as a locum in Cambridgeshire, Britain, in February 2008. Ubani gave him 100mg of diamorphine, which is 10 times the recommended daily dose. Ubani later admitted he had got diamorphine mixed up with pethidine, which is given in much higher doses.

It was Ubani’s first shift as a relief doctor in Britain and had arrived in the country the day before. He was tired and his English language skills were considered limited.

Despite a coronial finding in Britain that Ubani was “incompetent and not of an acceptable standard,” he has never been tried for negligence in Britain because German law allowed him to face justice instead in his home country.

Markus Wenning of the Westfalen-Lippe medical association told Britain’s BBC: “The main problem is he is still allowed to practise. We wanted him struck off.”

He said the association was still worried about the safety of patients in Germany.

“We are frustrated by this case, we are keeping up the pressure for change at federal and state level, at this stage we can’t do any more,” he said.