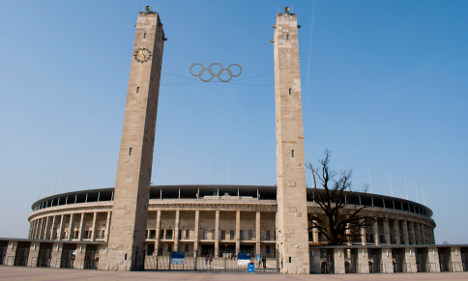 Wowereit said Berlin could possibly bid for the 2020 Olympics even though German sporting officials have said it’s already too late to submit a bid.

“Berlin is ready for the Olympic games. Berlin has all the requirements: The stadiums, infrastructure, hotel industry, the enthusiasm of people toward sports,” he told Der Tagesspiegel newspaper on Wednesday.

But it’s unclear if Berlin will actually be able to bid for the Olympics in the near future. The German Olympic Sports Confederation (DOSB) has said time is too short for new German cities to register to bid for the 2020 games – registration is due with the International Olympic Committee by the beginning of September.

Wowereit said only Berlin makes sense as a German candidate, although the northern port city of Hamburg has also been considered a possibility.

“When one comes to the verdict that Hamburg has the best chance, then Berlin will obviously support Hamburg. I am, however, firmly convinced that Germany could only have a real chance with Berlin,” he told the newspaper.

Wowereit’s call comes as Germans officials are still smarting from Munich’s failed attempt to host the Winter Games in 2018. The city lost out to Pyeongchang, South Korea last week.

Among the most painful was Berlin’s 1993 attempt to host the 2000 Olympics. The only received nine votes in first and second round voting and Sydney was picked instead.

The city’s bid was marred by widespread opposition from Berlin residents who argued the games would be a waste of money in the face of Germany’s recent reunification.

Wowereit said things are now different and infrastructure has been improved in recent years – he pointed to the new airport set to open in 2012, and the city’s Olympic Stadium, which was renovated for the 2006 football World Cup.

He told Der Tagesspiegel that most Berliners would support an Olympics bid, although he acknowledged that not everyone would be happy.

“It is impossible to achieve 100 percent of cheering Berliners. But this is not necessary. There will always be people who say: Leave me in peace with sport and give the money to something else,” Wowereit said.