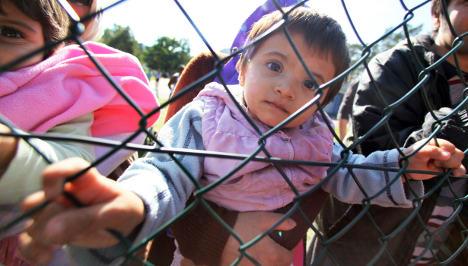 Günter Krings, deputy leader of the conservative Christian Democratic Union’s parliamentary group, told the daily Neue Osnabrücker Zeitung that the plan from Brussels, which would make it easier for asylum-seekers to arrive and stay in Europe, would be resisted by Germany.

“If the EU plans were implemented, a situation could arise like in the 1990s with up to 400,000 asylum seekers in a year,” Krings said.

The European Commission, the EU’s executive arm, wants to change the so-called “airport proceedings” to make it more legally complicated to turn asylum-seekers away after they arrive by plane. It also wants to provide social support payments to asylum-seekers based on the same rates as support for legal residents and allow them to enter the job market more quickly.

But the proposed changes went too far, Krings said. He said the planned European asylum system would “tear up important cornerstones of the asylum compromises of 1993 painstaking achieved in Germany.”

Airport proceedings needed to be maintained, as did the principle that the EU state in which an asylum-seeker first arrived was responsible for dealing with them.