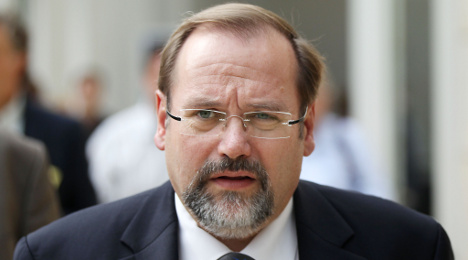 In an interview with weekly paper Die Zeit to be published Thursday, Duisburg Mayor Adolf Sauerland said he would always regret holding back a full apology and admission of responsibility at the time, but feared that would indicate legal culpability.

Sauerland said that “the acceptance of moral responsibility, to apologise to families of the victims,” had to come from him.

Twenty-one people were killed and more than 500 injured on July 24, 2010, after a massive crowd of revellers at the techno music party were herded through a narrow tunnel and the build-up of pressure sparked a panic that led to a deadly crush.

Sauerland came under heavy criticism afterwards for disclaiming responsibility for the tragedy, refusing to resign and not initially offering an apology to survivors and families of the dead. This was despite the fact that as mayor, he ultimately had to sign off on the plans for the festival.

He admitted in his interview with Die Zeit that he believed that an apology would have implied legal responsibility for the incident.

“And as a result, you don’t say anything,” he said.

In January, Duisburg prosecutors said they were investigating 16 people for suspected negligence over the incident, among them Duisburg city officials, event organiser Lopavent employees and police officers. But neither Sauerland nor Lopavent owner Rainer Schaller, who had been implicated in previous media reports, were on the more recent list of targets of the investigation.

In May, news magazine Der Spiegel reported that police failures had contributed to the deaths, citing prosecutors. At a critical point in the operation, a change of police shifts prevented the co-ordination of officers from happening smoothly, the magazine reported.