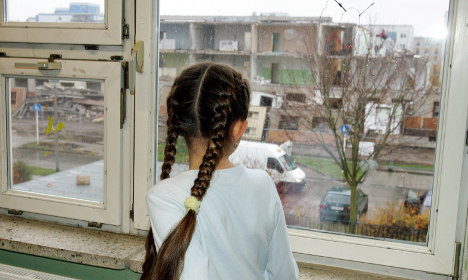 The report by the body’s committee responsible for economic, social and cultural rights, seen by Der Tagesspiegel newspaper, comes four years after a similar report which also slammed Germany.

But the UN has expressed “deep concern” because many of its previous recommendations were never implemented, the newspaper reported on Wednesday.

The report’s main criticism focuses on discrimination against immigrants and the glaring lack of a comprehensive programme to combat poverty.

The report also alleges that one in four German children go without breakfast to school, and urges “concrete measures” so that poorer children can get proper meals. It said 13 percent of Germans live in poverty.

As far as immigrants are concerned, the UN identified many injustices in the labour market as well as health and social services. Foreigners continue to see large obstacles to education and employment and asylum seekers are often denied adequate social services, it said.

The UN added that it was worried that unemployment is twice as high in the country’s formerly communist eastern than its more prosperous western half.

In a rare note of praise, it pointed out that labour market reforms have led to low unemployment overall.

A spokeswoman for the Federal Ministry of Labour and Social Affairs reserved comment and told Der Tagesspiegel the government views the report as provisional.