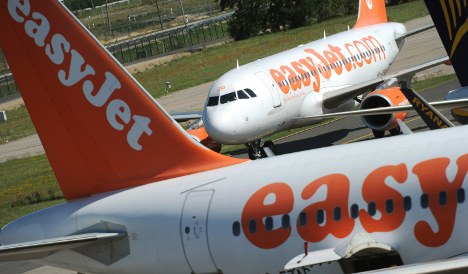 A motion calling for an all-out strike was backed by 98 percent of pilots and 94 percent of flight attendants, the union said.

“This is another clear and specific signal to employers,” said Verdi negotiator Holger Roessler who warned of strikes next week if the British airline failed to come up with a negotiable offer.

The dispute between the charter airline and Verdi started 10 months ago when the union demanded a collective wage agreement for the 350 pilots and flight attendants employed by the British company in Germany.

EasyJet passengers in Berlin have already been hit by two warning strikes this year.