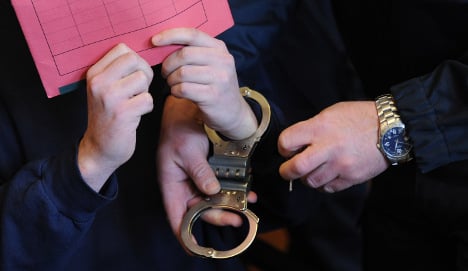 A court in Göttingen delivered the sentence Monday morning. The sentence actually goes beyond that which prosecutors and the families had asked for.

Judge Ralf Günther also committed killer Jan O. to psychiatric treatment and ordered that he be subject to preventative detention. Although an inmate serving a life sentence may eventually be eligible for parole, Jan O. would be detained longer if deemed a threat by experts, meaning he is unlikely ever to be released.

He is to be sent to a psychiatric facility to serve his sentence.

In a case that shocked the country, Jan O. killed Nina, 14, and Tobias, 13, in November last year and left their bodies in a wooded area just outside the town of Bodenfelde. In his detailed confession, Jan O. admitted to carrying out cannibalistic and vampiristic acts on the children both before and after they were dead.

Günther described the crimes as “excessively violent” and “a just about unimaginable dimension of injustice.”

In reaching the sentence, the court took into account Jan O.’s written and verbal confessions and his freely given account of the crimes’ details.

But the court went beyond the sentence demanded by the state prosecution and the lawyers for the children’s parents, both of whom had asked for a 15-year sentence along with psychiatric treatment and subsequent preventive detention. They accepted that Jan O. had diminished responsibility.

Jan O.’s defence had also agreed to a 15-year sentence though without preventative detention, arguing that the placement in psychiatric treatment would ensure he would not be released if he were still considered dangerous.

During the trial, he apologised to the children’s families and expressed remorse, saying, “I don’t know what came over me.”