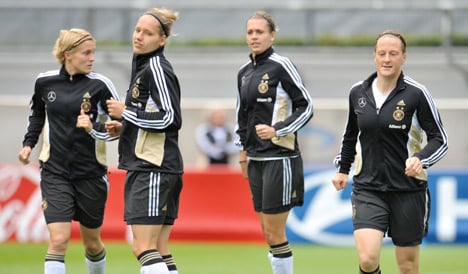 Other countries among the 16 finalists will be looking to upset including England, Sweden and Norway who are hoping to stake their claim to the title in the sixth edition of the women’s tournament first staged in 1991.

Brazil’s five-time Player of the Year Marta Vieira da Silva and all-time World Cup top scorer Birgit Prinz of Germany are among the big names who will headline the €51-million showcase over the next three weeks.

The United States, two-time Olympic gold medalists, and Germany, have traditionally dominated the tournament winning two titles each with Norway taking the honours in 1995.

But five-time European champions Germany, trained by the world’s top women’s coach Silvia Neid, will be the team to beat, as they take on Canada, Nigeria and France in Group A.

The tournament kicks off with defending champions Germany playing North, Central American and Caribbean Association (CONCACAF) champions Canada in Berlin’s 75,000-seater Olympic Stadium on June 26 with the final set for Frankfurt on July 17.

The USA, the top ranked team in the world, have bounced back from their struggle through qualifying by winning the Algarve Cup in Portugal, and are in Group C with North Korea, newcomers Colombia and Sweden.

The USA open their campaign against North Korea in Dresden on Tuesday.

Japan, New Zealand, Mexico and England face off in Group B with Brazil, the 2007 runners-up, headlining Group D, where they are up against Asian champions Australia, Norway and debutants Equatorial Guinea.

“We really want to win, it’s a title that we’ve had in our hands in the past but didn’t win because of small details,” said Marta, whose side opens against Australia in Mönchengladbach on Wednesday.

“We’ve been finalists twice in the Olympic Games and once at the World Cup. Now it’s time to win,” she added.

But Australia coach Tom Sermanni believes that the tournament is more wide open than ever as the Matildas bid to better their quarter-final spot four years ago.

“Germany are obviously, for me, the favourite. Brazil and the US have earned the right to be classed as teams that can win it. Outside of that there are a big group of teams – around seven or eight – that could go deep into the tournament in the right circumstances, should they get on a roll.”

“I honestly think there is not a lot between many teams now.”

Nine cities – Augsburg, Berlin, Bochum, Dresden, Frankfurt, Leverkusen, Mönchengladbach, Sinsheim and Wolfsburg – will host the matches for which 80 percent of tickets have been sold so far, according to FIFA.