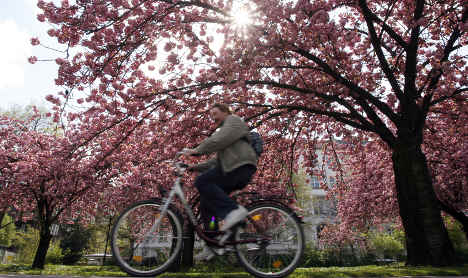 The survey, conducted by the Economist Intelligence Unit for industrial giant Siemens, put ten of the 12 German cities analysed, in the ‘above average’ category, better than most of the 29 other major European cities surveyed.

Around three-quarters of all German residents live in cities, a figure which is expected to increase in the coming decades, placing strain on urban infrastructure and potentially increase their impact on the environment.

“Compared to the rest of Europe, German cities rank close together and are very similar in performance. This is partly due to legislation: the directing and implementing of sustainable urban development policies has a long history in Germany. In addition, Germans have a high degree of environmental awareness,” the report said.

“The study also shows that environmental protection is not a luxury,” said Emily Jackson, project manager at the Economist Intelligence Unit. “Despite sometimes considerable differences among the cities in terms of income, population, geographical location and amount of industry – none of these factors have a measurable effect on a city’s ranking in the Index.”

German buildings used on average 20 percent less energy than their European counterparts, and are rather better in energy efficiency, although other cities are better in terms of how much of the energy they use is from renewable sources.

Although German cities have enviable networks of public transport and cycle paths, nearly half of their inhabitants still drive to work in their cars. Water use at an average of 59 cubic metres per capita each year, is around half of that in other European cities, due to high prices and monitored use. German cities generate more waste than other European cities, but recycle more of it – around three times what other cities do.

Germany cities performed well in air quality comparisons, even those with high traffic or industry levels.

The greatest challenge is carbon dioxide emissions, with German cities performing worse than other European centres – due to the relatively high proportion of coal used in electricity generation, the report said.

The worst German performers were Cologne and Essen, which languished in the average rating along with London, Madrid, Paris, Riga, Rome, Vilnius and Warsaw.

The greenest European city was Copenhagen, the worst was Kiev. In the ranking of 30 European cities, in which Berlin was the only German representative, it came eighth.