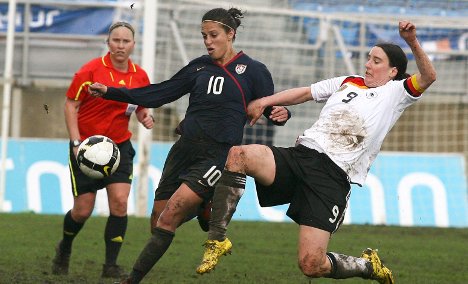 Having pumped €51 million into nine stadiums across the country only five years after hosting the men’s football World Cup, Germany is once again ready for its close-up.

The first women’s World Cup, held in China in 1991, was a relatively modest affair with only 12 teams participating. This summer’s tournament hosts 16 nations, with over 900,000 tickets available for general admission.

Of these, about 75 percent have been sold already. But tickets remain available via the World Cup’s official ticketing portal here, and from the telephone hotline at +49 (0)1805 / 06 2011 (€0.14 per minute from German fixed lines, mobile charges may vary).

Tickets can also be purchased at the Stadium Ticket Centres in each venue, which will open two days before each game.

The fixtures, meanwhile, are divided into four groups containing four teams each. After 10 days of group play, the top two teams from each group advance to the knockout rounds, which commence with the quarterfinals on July 9 and culminate in the final on July 17 in Frankfurt am Main.