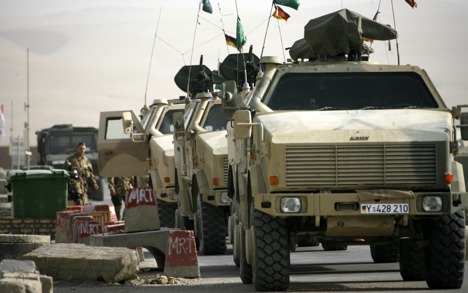 The bomber blew up his car as a German military convoy was passing along a busy road near the edge of the town of Kunduz, the Afghan interior ministry announced. The Taliban claimed responsibility for the attack, which injured a further eleven people.

Two Dingo military vehicles were damaged during the attack, which took place three kilometres north-west of the German camp.

Around 50 German soldiers have been killed since the beginning of the Bundeswehr’s Afghanistan mission in 2001, 30 of them in combat. The army is in Afghanistan under the NATO-led International Security Assistance Force operation Isaf.