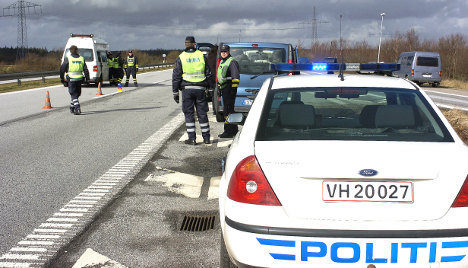 The Danish parliament is set on to approve the plan which would introduce customs checks on the country’s land borders, a move which Germans and some in the European Union is an affront to freedom of movement in Europe.

A final decision was expected to happen Friday but has been postponed until next week after demands by the centre-left opposition Social Democrats.

Germany has argued that it would be a violation of the Schengen travel-free area, which allows movement without passport checks between member states.

The German ambassador to Denmark also joined in the fray, strongly criticizing the Danes and earning a strong rebuke from right-wing politicians.

“Denmark is aware of our criticism on their plan,” said German Interior Minister Hans-Peter Friedrich while attending talks with European Union Counterparts on Thursday.

“We do not want to initiate a conflict with Denmark, but we will ask clear questions,” he said. “We cannot accept that Schengen be undermined.”

Denmark, where the populist far-right is an increasingly significant political force, announced last month it would re-establish controls on its borders stopping travellers in the case of suspicion of criminal activity such as drug-trafficking.

It says the checks will not be a violation of European freedom-of-movement regulations, in part because passport checks are not being reintroduced.

The dispute comes as EU governments have been struggling with thorny questions surrounding immigration following instability in the Middle East. In particular, France has heavily criticized Italy for giving Tunisian refugees temporary visas in order for them to travel within the EU.