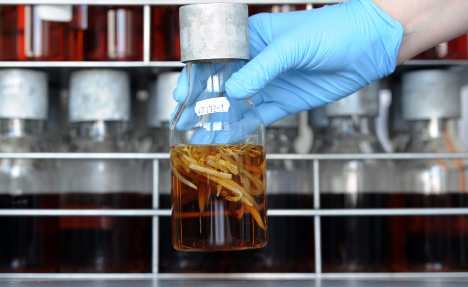 However, so far samples of the suspect sprouts have turned up negative, sparking renewed criticism that Germany’s response to the outbreak of virulent E. coli bacteria has been discombobulated.

Stefan Etgeton, health expert for the country’s leading consumer organization, said it was “unfortunate” that announcements about the sprouts had been made at the state level and not by a higher authority.

“I wish the information had come from the Robert Koch Institute,” said Etgeton, referring to Germany’s leading public health organization.

But not even the nation’s disease control experts at the Robert Koch Institute (RKI) are being lauded for their handling of the E. coli epidemic.

Ulrich Frei, the director of doctors at the Charité clinic, recently complained the RKI had failed to supply patient questionnaires to Berlin’s top hospital and it was not always entirely clear what the institute was investigating.

Few would dispute that Germany’s worst outbreak of E. coli bacteria in modern memory has to be fought on many fronts, but some observers are concerned the various authorities are themselves unsure of their responsibilities.

Warnings not to eat raw cucumbers, tomatoes and salad from northern Germany have come from both the RKI – which reports to Health Minister Daniel Bahr – and the Federal Institute for Risk Assessment (BfR), which advises Consumer Protection and Agricultural Minister Ilse Aigner about potential health hazards.

But how do such institutions go about gathering their information?

The RKI first sent officials to Hamburg to question patients infected with the potentially deadly strain of enterohaemorrhagic E. coli (EHEC) in mid May. This served as the foundation for their initial health warnings. But tracking down the actually cause of the outbreak has been much more difficult.

Germany’s 16 states are responsible for ensuring foodstuffs are safe via checks coordinated by yet another federal agency – the Federal Office for Consumer Protection and Food Safety (BVL). But the number of random checks is set regionally according to risk assessment done at the municipal and county level.

Of course, dangerous infectious diseases don’t stop at the state border and Germany’s food quality control was already heavily criticized in the wake of a dioxin scare earlier this year for being too uncoordinated and ineffective.

But after falsely accusing Spanish cucumbers and the sprouts as the source of the E. coli, there are growing calls for setting up a centralized point to better coordinate both incoming and outgoing information during the crisis.

Presently, the RKI, BfR, and BVL all have their own information about EHEC online and both the Health Ministry and the Consumer Protection Ministry have step up separate information hotlines.