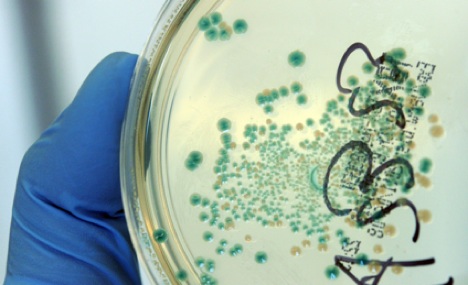 The E. coli bacteria claimed its 17th German victim on Thursday, with the death of a 81-year-old woman in a Hamburg hospital.

More than 1,500 people in nine European countries have now been infected by the rapid spread of the bacteria, with most cases and all but one of the deaths occurring in Germany.

Health authorities have been unable to find the cause of the outbreak, but the United Nations agency WHO believes that they are dealing with a new strain of E. coli.

WHO food safety expert Hilde Kruse told news agencies on Thursday that the unprecedented strain has “various characteristics” that make it “more toxin-producing.”

Amid the continuing uncertainty, Russia announced it is banning the import of all fresh vegetables from the European Union. Gennady Onishchenko, head of Russia’s consumer protection agency, urged his countrymen to “forgo imported vegetables in favor of domestic products.”

He also said that the outbreak revealed deficiencies in Europe’s health regulations.

Vegetable exports from the EU to Russia were estimated to be worth €594 million last year, with France, Germany and Poland the biggest exporters.

Germany’s federal disease control authority, the Robert Koch Institute, admitted that the doctors were baffled. RKI boss Reinhard Burger told the BBC, “I think the number of cases will come down, but how long it takes I’m not sure. It could be indeed weeks or months and I’m not sure if we will really find the source.”