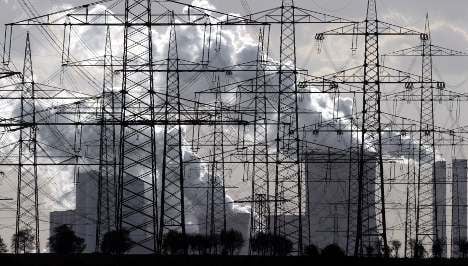 Viëtor is energy expert at the German Council on Foreign Relations. He explains how the German transition can be managed as an opportunity rather than a risk, and how the rest of the world will be watching in anticipation.

How difficult will it be for Germany to actually manage this phaseout and transition over the next decade?

It will take some effort. But it is possible technically. You could do it tomorrow, at least in principle. When people talk about there being no alternative, that is simply not true. It is possible.

How could it be done tomorrow?

We have only four out of 17 plants running now and the system isn’t breaking down. If you shut down the remaining four tomorrow, it will be more complicated and problematic. You probably wouldn’t be advised to do so. It’s stressful for the grid operators. But the point is that it is technically possible.

But the society has to want it and approach the consequences of such a decision.

But could Germany continue to function?

In the short term you probably wouldn’t even need to build new capacity. You could import electricity. We should of course build up new capacity which is the kind we support in the long run, which means obviously investing in renewable sources. That’s quite uncontested.

The government wants renewable energy to make up 35 percent of Germany’s electricity by 2020 and to phase out nuclear by 2021 or 2022. Will one be enough to compensate for the other?

We’re now at about 17 percent renewable, so along with some imported natural gas, it should be. That’s what we should go for, and that’s what’s intended.

Is the renewable energy target achievable?

There are some issues: renewing and extending the grid, turning it into a smart grid. You have to invest in storage technology and capacity, bring people on board to accept the transition when they see windmills and electricity lines on the horizons or in their neighbourhoods.

You can’t say we’ll definitely meet them, but everyone knows we have to tackle these issues.

Will the nuclear phaseout help or hurt with climate change goals?

Of course it doesn’t make it easier. But we are inclined to keep our climate change goals. In fact, this nuclear phase-out is not a revolution that started the day after Fukushima; it’s nothing other than increasing the pace of a process that has already begun.

Regarding the natural gas, will that come from Russia?

Probably. It’s a country with which we’ve had experience over the last decades. But we’re inclined to diversify so we’ll look for other sources. We should look to the Caspian region and the Middle East.

Are there political issues with relying on Russia?

No. There are different opinions. There are people saying, “Oh my God, we have 35 percent of our gas coming from Russia, it’s autocratic and they will be able to close the gas pipes. Look what they did to Ukraine.” Others, not only in the German companies dealing with Gazprom, say, “Wait, we’ve been dealing with them for decades and they haven’t been a problem.”

Plus we have alternatives. Russia is very depending on the European market and they have few alternatives. There’s no reason to fear Russian interference. They cannot afford to offend us.

Is coal part of the mix?

No, not at all. If we want to go into renewable energy, our bridging fuels shouldn’t contradict our over-arching aims. So we should use gas not coal. Gas is relatively climate friendly.

Have the last nine months of Merkel’s turnarounds set Germany back on the transition?

I would say so, yes. Many business considerations were turned upside down when the current coalition decided they wanted to prolong the nuclear lifetime.

Now it’s turning around again. I hope that industry will manage to go back to where they’ve been before, but they’ve been in turmoil. Therefore, we need a true consensus on how to develop our energy supply.

Does the transition pose dangers for Germany’s manufacturing-heavy export economy?

The German economy has to adjust to the new situation but it’s not something to fear. If you’re a representative of an old-style, electricity-intensive industry that has based its model on cheap energy, you might feel the stress.

But I side with Minister (Norbert) Röttgen’s phrase: “It’s investing in our future and the future development of our industry.”

It might be new companies that succeed or old ones that transform themselves, but in the long run, it will be a good decision for our industry. We know that climate change is happening and it’s increasing and we have to deal with it. It will open opportunities and the sooner we do it the better for us.

How will this be received internationally?

We have the historic chance to set an example that this transition is possible and how it can be done. People outside are interested in whether we’re going to make it.

Will we make it in a way that preserves our competitiveness, in a way that will not harm our economic growth? That is extremely important for emerging economies like China and India who simply wouldn’t think of doing it in a way that harms their growth.

If we don’t succeed, why should anybody else embark on this path? If we fail, the harm will be great on a global level.

Switzerland has just taken such a decision. Spain is quite similar in several regards with Germany. The Spanish are talking about phasing out nuclear power. They have the potential to increase solar and the political conditions.

I’m sure there are countries that we might not think of right now that would be motivated by a German success: “At least the Germans have made it, so let’s try in the same direction.”

Lastly, the domestic politics: has Merkel rescued herself?

It would have been more disastrous if she hadn’t taken this turnaround, but it is not really credible. She as a physicist should have known how to assess risk. The safety of the nuclear power plants is the same as before Fukushima. It’s our assessment that has changed.

When she says we have to reassess – why hasn’t she asked this question before? Shouldn’t we have all asked it before?