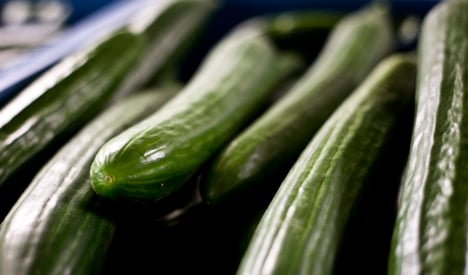 The latest victim was an 84-year-old woman, who died on Saturday in the northern state of Schleswig-Holstein. This follows the death of an 87-year-old woman in the early hours of Saturday morning in Hamburg.

On Thursday night a 38-year-old woman died from haemolytic uraemic syndrome (HUS). “The woman was delivered to us a few days ago already in a very critical condition,” a hospital spokeswoman in Kiel said.

According to the Robert Koch Institute (RKI) in Berlin, a further 276 people are suffering from the aggressive form of E.coli which can cause kidney failure. More than 60 new cases of HUS have been reported in the past 24 hours.

Most of the cases have been concentrated in the Hamburg region of northern Germany. The health minister in the state of Schleswig-Holstein, Heiner Garg, said that the outbreak has probably not yet peaked, as there can be a 10-day lapse between infection and the first symptoms of the disease. Those who become severely ill suffer from internal bleeding, diarrhoea and kidney failure.

Meanwhile other cases have been reported across Europe and experts are now probing two agricultural sites in southern Spain, in Almeria and Malaga, suspected of exporting products, most likely cucumbers, tainted with E.coli, the European Commission has said.

“Investigations are ongoing to identify other potential sources, while a third suspect batch of cucumbers originating either in the Netherlands or in Denmark, and traded in Germany, is also under investigation,” the European Union’s executive arm said on Friday.

Fear of infection has lead many in Germany to change their eating habits. A survey carried out by Emnid for Bild am Sonntag has found that 58 percent of Germans are following the advice of the Robert Koch Institute and not eating raw cucumbers, lettuce or tomatoes.

The German state of Saarland has responded to the outbreak by banning the sale of all cucumbers from Spain. Some supermarket chains, including the giant Rewe, also said they had withdrawn all Spanish-imported cucumbers from their shelves nationwide.

With the source of the outbreak still not confirmed, the Spanish authorities have complained about Germany’s handling of the health crisis. Josep Puxeu, Spain’s minister of state for rural affairs, says Berlin told the press about the outbreak of the deadly E.coli strain before informing the EU.