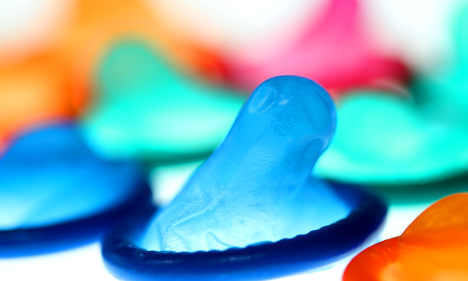 Thomas Isenberg, health affairs spokesman for the centre-left Social Democrats in the city-state’s parliament, told The Local this week he wanted to see free condoms available in the German capital as soon possible.

“We are always looking for new ways to get the safe sex message out effectively, and they have been doing this very successfully in New York City, so we hope to do it too,” he said.

New York’s health authorities give away branded NYC condoms, and this February even launched a smartphone application to find the nearest place offering them.

Isenberg said he hoped to get the idea adopted in Berlin soon. “We have a number of large and mid-sized healthcare companies based in the city who might find it an interesting prospect to sponsor the condoms.”

“Berlin is a creative place, there are all sorts of possibilities. They could then be made available in hotels, clubs, bars, cafes, all sorts of places.”

The idea needs to be adopted by the state parliament’s health promotion committee before being handed over to advertising agency Berlin Partner, which developed the ‘Be Berlin’ campaign.

The distribution of free condoms would certainly fit with Mayor Klaus Wowereit’s now famous description of Berlin as being arm, aber sexy – poor but sexy, that is.