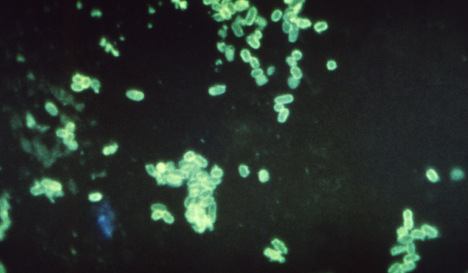 So how big a deal is this? Should we be panicking right now?

The most important are two things. First of all you should not eat any raw meat. The food you eat should be fully cooked. Kitchen cleanliness is also important. When all those things are taken together, there should be little chance of an infection. The second thing is if you get sick and have diarrhoea and the diarrhoea is bloody then you should go directly to a doctor. We shouldn’t panic. We can actively do something to fight this.

So what exactly is E. Coli? I thought it was all around us all the time.

There are several variants of E. Coli. Most are harmless. But these are not normal variations, they are highly pathogenic sickness-causing bacteria meaning they have particular effects that other E. Coli variants do not.

The point is, is the meat raw or not? Corned beef in a can, for instance, goes through a preparation process beforehand. As a rule, I could not imagine that you would get E Coli from canned meat.

Do we know where this is coming from?

I personally have no idea. The health experts that are now talking to the patients have the best idea right now. There are standardised questions they ask patients about what they have eaten and done in the last few weeks. And then they ask the same questions of people that did the same thing at the same times but are healthy and then they look for differences and perhaps find food as a source. It is difficult to say if a source will ever be found.

Are particular types of people especially at risk from E. Coli?

Typically it’s children, children up to five years-old. And that’s why we say you should never ever offer raw food to small children. Obviously there are also high risks with people like diabetics or very old people who are generally risk groups, not specially for E. Coli but in general.

Health authorities say women are being hit particularly hard by this outbreak. Any particular reason for this?

I’ve also seen this in the media but it’s all just speculation at this point. Some say that this is perhaps because, in general, more women cook, so they may have more contact with raw food. But it’s really just speculation.

Anything else important to say?

Kitchen cleanliness is the most important. And then, if people have bloody diarrhoea, they should go very quickly to the doctor so the doctor can do a stool test. There, the doctor can look for evidence of infection. That’s the only way to make a firm diagnosis.