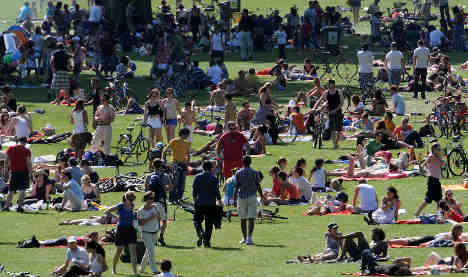 Stuttgart city authorities are already planning on having 40,000 fewer people than thought, and the reduced budget that will bring. Each person living in a city attracts a certain payment from state coffers, in some cases as much as €1,000.

University cities are most at risk of ending up with fewer official residents, as students move around often, creating double entries in inhabitant registers.

Calculations have been made on the basis of the last West German national census in 1987 and figures from the East dating back to 1990, combined with data on births, deaths and people moving from one place to another. But statisticians suspect Germany as a whole has 1.3 million fewer people than the official estimates.

Stuttgart has long abandoned the official statistics, said Thomas Schwarz, head of the Baden-Württemberg state statistics office. “Here we base all our considerations on the population figure from the registration office,” he said.

“We now have to wait for the results,” said a spokeswoman for Heidelberg, referring to the census currently being carried out across the country.

The financial consequences differ from state to state, with for example, Baden-Württemberg basing its funding of local communities on the statistics.

“When a town loses population, it also loses key income. That hits the communities very hard,” said Kristina Fabijancic-Müller from the state’s municipal council. Other states base their calculations on residential registers, which are more accurate.

Some town halls are already applying for help from the state.

“When there has been readjustments in the past, there was always bridging agreements so that the financial basis of the districts was not immediately weakened. That is something we would expect here,” said the Heidelberg spokeswoman.