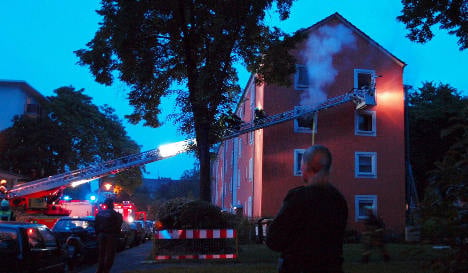 The authorities said the fire broke out in the flat of a woman needing special nursing care, though the cause of the fire remained unclear. The woman later died in the hospital from burn injuries.

Her husband and 16 of the couple’s neighbours suffered dangerous smoke inhalation.

According to the fire brigade, the blaze was extinguished early Tuesday morning after 58 firemen battled the flames for two hours.

The police are now investigating the cause of the fire.