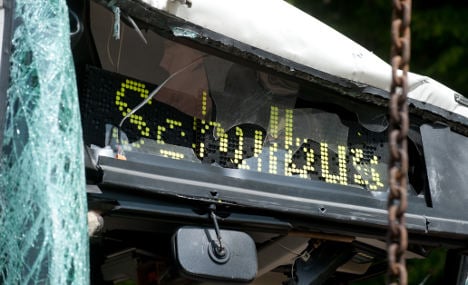 The police said both drivers suffered life-threatening injuries after the truck slammed into the bus head-on for still unknown reasons at around 7:30 am.

The school bus was carrying some 40 children aged nine to 17 at the time of the crash. At least one child was seriously injured and was taken to a nearby hospital.

“The majority of them are under shock. Five to ten children are seriously injured,” the police said in a statement.

Two rescue helicopters and several ambulances headed to the scene in Gummersbach-Dieringhausen, which is approximately 50 kilometres east of Cologne.