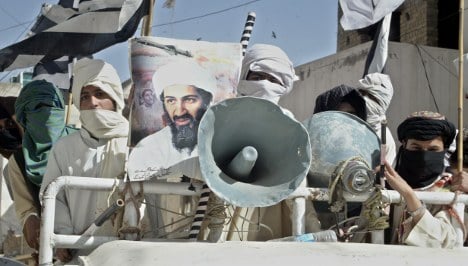 How does the death of Osama bin Laden affect the terrorism risk in the short and long term here in Germany?

In the medium and long term, there is basically no change. Osama bin Laden was not the military and operational leader for quite some time. The planned and scheduled operations will continue as set out by the military leadership.

The good news is that in the short term, we should not expect any particular attacks that have not been scheduled already, because in the western world, where homeland security has been improved quite dramatically, these improvements make it much harder to attack as a spontaneous reaction to these significant events.

So even if somebody did want to carry out reprisal attacks, they wouldn’t be able to do it?

They wouldn’t be able to do it here in Germany or the United States where those attacks take much more preparation. They will be able to do it in areas where they have more freedom to move and act spontaneously: Afghanistan, Pakistan, South Yemen and so on. These would be the natural positions to look.

What does the so-called Düsseldorf cell arrested on Friday, tell us about the current crop of al-Qaida-linked radicals here in Germany?

Al-Qaida and related groups within that network have already recruited many fighters and terrorists to attack many places, including Germany. They recruit, train and equip them, and then they plan for them to carry out these attacks and apparently this is an ongoing movement – more than the three that we just caught.

Apparently there is a much bigger cell working in Germany right now and we, the public, don’t know what they’re up to.

There were reports of seven other members of the cell still at large. Does that sound plausible to you?

That sounds very plausible in light of the preparation. You may recall there was an alert around Christmas and that referred to that particular group and we’ve just caught three of them. It’s much larger. They may regroup or already have different plans going on.

How relevant would Osama bin Laden have been to those sort of young radicals here in Germany? Was he an inspiration to them?

He is a source of inspiration and mobilisation to them. He was a kind of spiritual leader. He set the political and religious agenda. He came out with a total of 40 statements in the last 10 years or so, to mobilise these fighters and recruit new ones into the movement.

And that was primarily the role he played over the last five years or so.

So in a practical sense, his death should make a difference to these groups in terms of recruitment for example?

In terms of mobilisation and recruitment, this could make a difference. His death is certainly seen as a setback and a defeat. This obviously discourages.

On the other hand, in his last will, there is a passage that says, “Should I be killed by the Americans, I call upon the whole Muslim world to kill the American nation.” So it could go both ways.

But as you said at the beginning, these groups in Germany for instance don’t have the capacity to mount a spontaneous attack.

Exactly. It will also depend on the reaction in the western world, which will be closely watched in the Muslim world. If we seem too triumphant, too joyful, that might help them with mobilisation.

It would be much better, having scored this success in the ongoing battle, to reach out to the Muslim world and show some efforts and policy of conciliation. If we do that, we may actually be at a turning point in the conflict.

So what’s the best case scenario?

The best case scenario is that (US President Barack) Obama and other world leaders to say, “Look, this was a battle of the generation of Osama bin Laden. We don’t have a conflict with the Muslim world. If we have a conflict we want to settle it on peaceful terms and continue with the operation.”

So how unhelpful are those images of cheering crowds outside the White House?

Those images are not helpful in the reconciliation effort but I assume they will be dying down fairly soon.

Are the German authorities actually doing a good job in preventing attacks?

Apparently. We can’t assess this fully because we can’t see the full range of planned attacks. We don’t know how many have been discovered.

They seem to have a 100 percent success rate.

So far, from what we know, sure. The problem with terrorist attacks is that things happen that we don’t know and we can’t assess. So far we’ve been largely successful. We also haven’t been the main target.

Has Germany become a bigger target in the past 10 years?

If you look at the data on worldwide attacks, the main targets today are in Asia and the Middle East. This is where most of these attacks happen. It’s not here or the United States.

What do you think of reports that the Eurovision Song Contest could be a target?

Every major event with a big public participation televised by the media is a potential target. There will of course be security measures installed.

On the political debate, the conservative Christian Democrats and the liberal Free Democrats are at odds over tougher anti-terror legislation. Is it needed to prevent attacks?

So Germany doesn’t need tougher laws at the moment?

No, not at all. I’m more on the Free Democrats’ side on that. The laws aren’t the issue. It’s whether you have enough police capacity and secret services to carry it out.

And have they done that so far?

They have improved. They didn’t detect the people living in Hamburg who launched the September 11 attacks. That was the major failure. They would be more likely to detect that today.