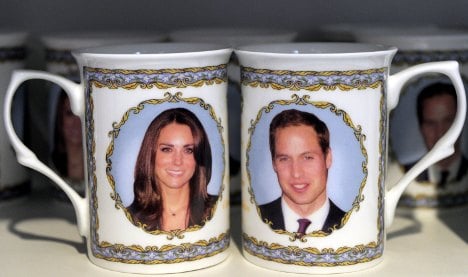 “I understand, of course, why Britons are feverishly awaiting the celebrations,” McDonald wrote in the Friday edition of the Hamburger Abendblatt.

But the ambassador said he could not understand why four German television channels needed to broadcast the royal nuptials live.

McDonald said there were probably three reasons for the Teutonic fascination with William and Kate.

First, there were strong historical connections between the British royal family and German aristocratic houses. Second, Germany might be a confident republic, but the country once had a long tradition of monarchy. Third, many Germans had a soft spot for the personalities behind all the pomp and ceremony.

McDonald also said the Oscar-winning film “The King’s Speech” might have something to do with all the royal mania in Germany.

“Whoever watched the film might wish to learn more of the personal side to this famous royal house, which is constantly in the limelight,” he wrote.