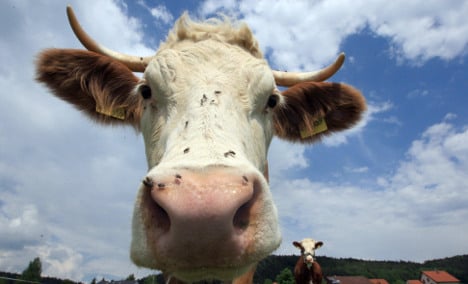 A file photo of a cow. Photo: DPA

“One of the 24 bulls was killed in the accident, two others had to be euthanized by an veterinarian because of their severe injuries,” the authorities said in a statement.

The driver was frightened but uninjured and officials later ferried the remaining animals away from the scene in a new truck.

Highways A7 and A70 near the Werneck junction had been reopened by mid-morning except for an on-ramp in the direction of Schweinfurt.

The crash happened at about 3:15 am when one of the truck trailer’s tyre burst, causing it to flip on its side, according to police.