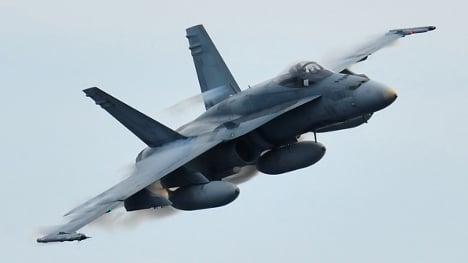 NATO foreign ministers meeting in the German capital played down any rift after France and Britain pressed allies to contribute more combat jets to the mission and intensify the raids against regime tanks and artillery shelling civilians.

“We are also sharing the same goal which is to see the end of the Qaddafi regime in Libya. And we are contributing in many ways in order to see that goal realised,” said US Secretary of State Hillary Clinton.

She later told NATO allies: “For our part, the US is committed to our shared mission. We will strongly support the coalition until our work is completed.”

German Foreign Minister Guido Westerwelle, whose country shocked allies by refusing to back the UN resolution authorising the military operation, said NATO supports the aspirations of the Libyan people.

“We are united by the common goal, that we want a free and democratic Libya. The dictator Qaddafi, who started a civil war against his own people, must go,” Westerwelle said at the start of the two-day meeting in Berlin.

But differences remained over the air raids against forces threatening the population, which are being conducted by just six of the 28 allies. Rebels have urged NATO to step up the air campaign as the mission has failed to shift the balance of power so far.

NATO Secretary General Anders Fogh Rasmussen said Wednesday’s meeting in Qatar of the international contact group on Libya, which promised the rebels cash and the means to defend themselves, “laid out a good foundation.”

“We will now discuss how we can continue the military operation leading to a successful result,” he said.

A NATO declaration said “we welcome the outcome of the first meeting of the contact group which took place yesterday (Wednesday) in (the Qatari capital) Doha and strongly endorse its call for Qaddafi to leave power.”

Military action was first launched by Britain, France and the United States on March 19, but NATO took over the operation two weeks ago after overcoming French reservations about letting the Western military organisation alliance lead it.

The Berlin meeting came as NATO planes put on a show of force on the Libyan front line, with rebels reporting they were bombing targets on the road leading west, towards the key oil refinery town of Brega on the central Mediterranean coast.

An AFP correspondent heard loud explosions just west of the town of Ajdabiya, where deadly exchanges raged on Saturday and Sunday killing dozens of loyalist troops and an undisclosed number of rebel fighters. There were also reports that allied forces had bombed targets in the Libyan capital Tripoli, including Qaddafi’s personal residence.

There was no immediate confirmation from NATO that warplanes under its command were engaged.