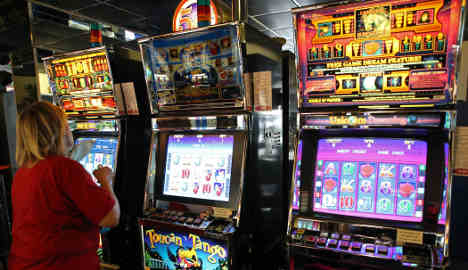 Heads of their respective ruling Christian Democratic Union (CDU) and Free Democrats (FDP) parties, Christian von Boetticher and Wolfgang Kubicki as well as Hans-Jörn Arp, head of the CDU’s parliamentary party in Schleswig-Holstein, and Lower Saxony economics minister Jörg Bode of the FDP, were all at the two-day conference on the north German island of Sylt, according to Der Spiegel magazine.

The magazine reported on Saturday that both parliamentary parties as well as the Lower Saxony economics ministry confirmed that the politicians’ hotel costs were met by the magazine Sponsors.

The magazine describes itself as the leading specialist magazine for the German-language sport business sector, and as a critical and independent information service for the market’s protagonists. It also organizes conferences including the one in question on Sylt.

The invitation suggested, “Together with you, in a very exclusive group, we want to set the course for the time of a politically liberalized market for sport betting and online poker.”

Certain sectors are now being offered, “the unique possibility to profit from this new billion-euro market – and to help set its orientation,” the invitation continued, according to Der Spiegel.

German state premiers are set to meet on Wednesday to discuss potential changes to the gambling market in the country. The Süddeutsche Zeitung reported on Friday that the federal government was considering tightening the rules on gambling machines to make them less attractive to users and reduce the number of addicts.

This would include the reduction of the maximum loss per hour from €80 to €60, and the maximum win from €500 to €400. The average hourly loss should also be reduced from €33 to €20 according to the paper sent by the ministries of economics and consumer protection to the states.

Scientists estimate there are several hundred thousand gamblers who are so addicted to playing that they in the worst case endanger their entire existence by spending all their money on in particular the automatic machines.

Pressure is being exerted by Mechthild Dyckmans, the government’s expert on drugs and addiction, who is calling for the gambling machines to be banned from pubs as minors cannot be effectively prevented from using them there.

Although the proposals which will be considered by the state premiers are not as tight as Dyckmans has been demanding, the Süddeutsche Zeitung said that talk within the industry was of ‘hefty cuts’ which will make the business more difficult to run.