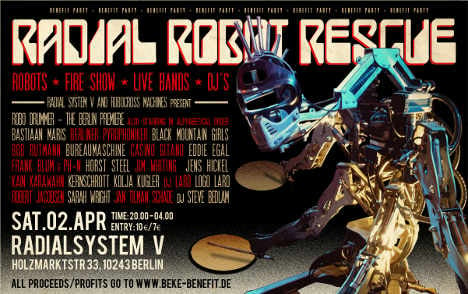 The nightmare of new parents is that something happens to their baby. What is rare in privileged countries like Germany is for something serious to happen to a new mother.

Yet Frank Barnes came home from the hospital after the joyous arrival of his son Luke without his partner Beke.

Shortly after a complication-free birth, Beke suffered catastrophic bleeding which was so severe that her brain was starved of oxygen – she had a stroke and nearly died.

Reanimation brought her back from the brink but she was then in a coma for three weeks. It is only now, several months later that the extent of the brain damage the 36-year-old suffered is slowly becoming clear.

“I am spending lots of time trying to inform myself about her condition and what might help her,” said Frank. “I am very lucky to have many friends who are helping me – without them I would be lost.”

A British man who has lived in Germany for more than a decade, Frank has also had to fight his way through thickets of bureaucracy to keep his family together.

Although he was always officially registered as father of the two children, he has to jump through seemingly endless hoops to ensure the money that he, Beke and the children are entitled to is paid. He has not been able to work since Luke’s birth at the end of November.

Frank, who has the glorious job description of robot builder, used to take his creations to shows and festivals including Glastonbury in the Britain – they play drums, dance, hit a baseball, carry a rider, and there is even a robot shark which can swim in water.

The acquaintances he made around the world in the entertainment business are now working to stage a benefit party to raise money to help Frank and Beke’s family.

Friends in Berlin have jumped in to help, and the White Trash bar and Sage nightclub as well as organisers Bar 25 are supporting the party which will be held at the Radialsystem V arts venue on the bank of the River Spree.

The benefit event – on Saturday April 2 – will feature a selection of bands and DJs inside while pyrotechnic shows will be held outside – and of course several of Frank’s robots will be there.

There will also be a family day on the following afternoon from 2pm when the entertainment will still feature robots and technical wonders, but be more geared to children. All proceeds will go to supporting Beke.

The doctors have said she is unlikely to improve much, that she will always need round-the-clock care and will probably never talk or walk again. But Frank is hoping she will prove them wrong.

More information on the party and family afternoon is available via the link below.