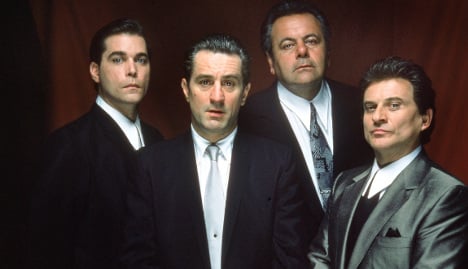 But did he look as good as the Goodfellas cast? Photo: DPA

The young man was on his way to the station with three friends and was dressed in a white, gangster-style suit. Under the jacket, a silver pistol was clearly visible in his belt, the Bremen police said in a statement.

When the group of teens emerged from a drug store, they found themselves face to face with six federal police officers.

“The 18-year-old was immediately taken hold of and disarmed,” the police said in a statement. “The mutual tension was quickly resolved as it became clear that it was just a toy pistol. The young man was visibly frightened. An unlit cigar he was holding crumbled in his hand.”

The students had come from a mafia dress-up party at school.

The young man received a lecture about the danger of creating a panic by having a realistic-looking gun visible in public. However, the officers waived any administrative offences notice under the weapons laws.