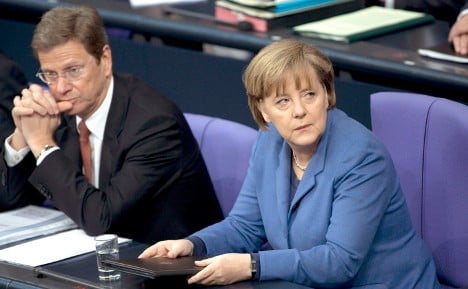 The international community spent three weeks squabbling over whether to impose a no-fly zone over Libya. During these three weeks, Muammar Qaddafi bombed his own people and managed to retake most rebel-held territory in the North African country.

Then, when it was nearly too late, the United Nations Security Council agreed a no-fly zone and authorized military intervention last Thursday. But at least the international community showed that it is not totally indifferent to such horrific human rights abuses.

And this should not be taken for granted. In many countries, like Sudan, Congo, Iran, Bahrain, Saudi Arabia and China, the world prefers to watch and do nothing rather than stand up for what is right.

Of course, to be honest, the United Nations probably could not have moved much faster. The support of the Arab League was crucial for the no-fly resolution and its enforcement, and it prevaricated for a long time before finally coming out in favour of military intervention in Libya.

The German government, on the other hand, took a more cowardly route. It abstained in the Security Council vote, aligning itself with the likes of Russia and China.

Such an irresponsible move will have consequences, and not only for the reputation of Germany among those protesting and dying for freedom in the Arab world. Our European partners will also remember this the next time Germany presses for a permanent seat on the UN Security Council and demands more international influence.

Some of the concerns that German Foreign Minister Guido Westerwelle has voiced against this military intervention are certainly valid. And the consequences of attacks on Qaddafi’s forces could indeed be dramatic.

The international community risks being dragged into a bloody civil war. It will have to destroy Libya’s air defence systems to protect its pilots. So what happens if Qaddafi stations his artillery in school playgrounds? What about civilian casualties? And how will the West react if the rebels attack civilians loyal to Qaddafi?

The current conflict in Libya could become a long and dirty war. This is not to argue against a Western intervention with Arab participation, but the risks have to be acknowledged. Hardly any supporters of military intervention are doing that at the moment, and it’s dishonest.

But the German government’s abstention is downright cowardly, particularly because there is a strong suspicion that domestic political concerns influenced the decision. If Germany had voted in favour of the military strikes against Qaddafi in the Security Council, then German participation would have been virtually unavoidable.

With important state elections looming, Chancellor Angela Merkel’s centre-right wanted to avoid this at all costs, because a majority of Germans oppose military engagements abroad. However, a responsible foreign policy cannot be guided by such considerations.

If Westerwelle is now claiming that Germany cannot fight against oppression everywhere in the world, then he has irrevocably cheapened his argument. In that case, no military intervention – including Berlin’s current participation in Afghanistan – can be justified.