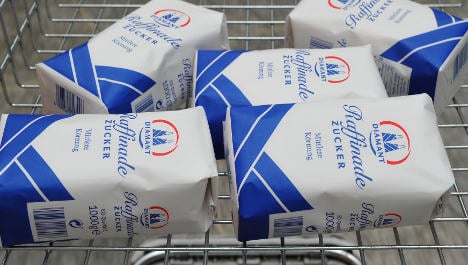 While one kilo of sugar from a German firm sells for about €1.25 in Poland, shoppers in Germany are charged a mere €0.63. In recent weeks, the price difference has prompted Polish individuals and retailers with transport trucks to travel west and stock up, daily Der Tagesspiegel reported on Monday.

“I’ve been here since 1991, and I’ve never seen anything like this,” a saleswoman at a Kaufland supermarket in Guben told the paper as she handed customers just one kilo each.

The paltry ration enraged some German customers in the border town, the paper said.

“I am a German taxpayer,” one woman complained. “I want five bags of sugar! Five! Show me the legal basis for rationing of sugar here!”

In smaller towns along the German-Polish border sugar has been sold-out for days, the paper reported.

“It’s like back in the days of (communist) East Germany,” one pensioner in Neuzelle said. “Back then the Poles bought everything out from under us too – shoes, children’s clothing, food, everything that was subsidized and therefore cheaper here.”

But larger cities see the situation a bit differently.

In shrinking cities like Frankfurt an der Oder, just on the other side of the Polish border, the stores are grateful for the extra business, one taxi driver said.

“So far there’s always been enough sugar,” he said. “And besides, the Germans also drive across to Poland for gasoline and haircuts.”

For years now, many businesses in Eastern Germany have profited from Polish customers, who come searching for better quality and prices, Der Tagesspiegel said.

But what exactly created the extreme price disparity for sugar remains a riddle. While Polish officials have blamed a poor harvest and speculation in the sugar market, in addition to sugar market reforms by the European Union, the Economy Ministry in the state of Brandenburg had no answer.

This isn’t the first time there has been a sugar shortage in Poland, even after the communist era, the paper said.

Hoarding was also reported just before the country joined the EU in April 2004.