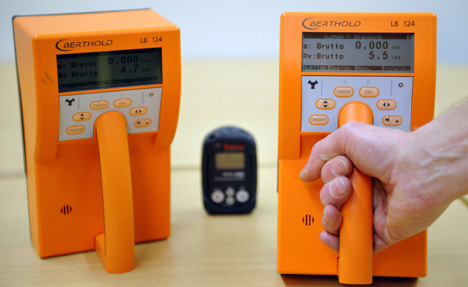 “We don’t need extra protection due to the events in Japan,” Wolfram König, president of the organization, told the Saturday edition of the daily Neue Osnabrücker Zeitung.

He said taking iodine tablets was neither necessary nor advisable since they carry health risks themselves.

Even if there were a reactor meltdown in Japan, the effect in Germany would be negligible. Sensitive equipment would likely measure a slight increase in radioactivity, “but the intensity here would be very low,” he said.

König did call for strict control of Japanese imports, depending on how the situation there develops.

“We need to avoid any absorption of radioactive substances through contaminated food,” he said. “That’s one way material could build up in the body, even far away from the accident scene.”

Spinach and milk from an area near the Fukushima reactor in Japan have been contaminated, a government spokesperson said on Saturday. Radiation levels found in the food exceeded the safety limit.

In addition, König called for stricter rules for European nuclear plants, saying the European Union needed one safety standard that applied across the entire bloc. But he said uniform regulations should not result in a weakening of existing national standards.

Last week, the EU decided to apply stress tests to see how its 143 nuclear plants would react in earthquakes and other emergencies.

EU Energy Commissioner Günter Oettinger said the tests should follow “strict standards” that would be set by the second half of the year.