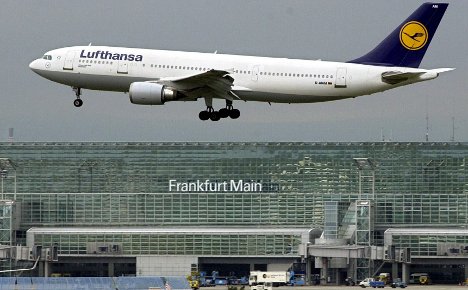 “This is a precautionary measure for us,” a Lufthansa spokesman told news agency AFP.

Aircraft that flew to Lufthansa hubs in Frankfurt and Munich were checked by airport fire services but no radioactivity has been detected so far, he added.

A spokesman for the Frankfurt airport said that only Lufthansa had taken the measure so far.

“As far as I know Japanese airlines have not” asked that their planes be checked as well, and “no official directive” has been issued regarding the measure, the airport spokesman said.

A US aircraft carrier deployed off tsunami-hit Japan for relief efforts has repositioned after detecting low-level radiation from malfunctioning nuclear power plants, a US statement said Monday.

“The source of this airborne radioactivity is a radioactive plume released from the Fukushima Dai-Ichi Nuclear Power Plant,” said the US statement.

The ship was operating at sea about 160 kilometres (100 miles) northeast of the power plant at the time, but it is not known how high or how far the plume had spread.