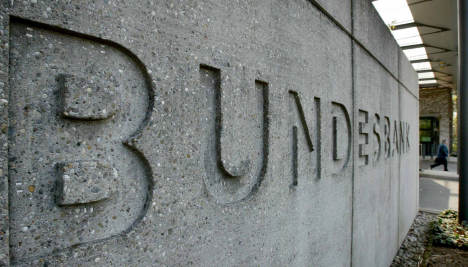 The frozen funds are in 193 accounts in 14 banks, including one with a balance of €1.96 billion at the central Bundesbank, the German newsweekly said.

On Tuesday, the 27 nations of the EU decided to impose tough new sanctions on the regime of embattled Libyan strongman Muammar Qaddafi, notably on the LIA, the overseas investment vehicle for Tripoli’s oil revenues.

Set up in 2006, the LIA has significant holdings in Italian bank UniCredit, Italian defence and aeronautical group Finmeccanica, Juventus Football Club and Pearson, the publisher of the Financial Times, which itself froze that holding last week.

Qaddafi is fighting a popular rebellion, with the international community discussing and implementing a range of sanctions and other measures including a no-fly zone to prevent his forces attacking civilians.

Britain and France have been pushing for a no-fly zone, but in a final statement following an emergency meeting in Brussels on Friday, EU states made no mention of such a move, although they acknowledged the need to eye “all necessary options” to protect civilians.

“(If) the freedom movement in the entire Arabic world collapses, succumbs, because there is the impression that this is an intervention by the West and not a freedom movement, then we will be doing the democrats a disservice and that I want to avoid at all costs,” he said.

On the margins of an informal meeting of EU foreign ministers outside Budapest on Saturday, Westerwelle told journalists that military intervention in Libya might be seen as a Western crusade.

“It is crucial not to give the impression that this is a conflict between the West and the Arab world, of a Christian crusade against people of the Muslim faith,” Westerwelle said.