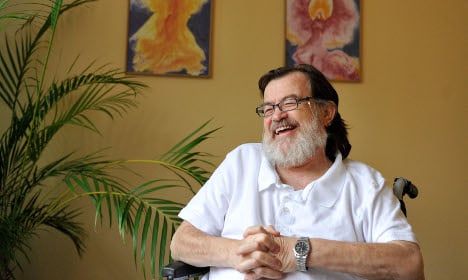 Burhan Akgül is one such patient at Frankfurt retirement home Bürgermeister Gräf Haus. The 62-year-old Turk from what is now Macedonia moved in nine months ago after being cared for around the clock in his third-floor apartment.

The divorced father of four says the cliché that Turks always have large extended families to care for them does not always hold true.

“Who should provide the care?” he asks. “Even the best family can’t provide care as they can here.”

In bureaucratic German Akgül falls into the 3 million-strong “population group 55-plus with personal immigration experience,” according to the Federal Statistics Office’s numbers for 2009. Many members of this group are Turks who came to post-war Germany for work and settled down with their families.

No matter how well-integrated they are, there a subtle differences in how ageing immigrants and Germans wish to be cared for, says social scientist Hüseyin Akpinar, who runs the HIWA outreach centre for senior immigrants in Frankfurt.

For example, many Muslim women prefer to be bathed by other females.

Meanwhile many elderly immigrants still live in the upper-levels of apartment buildings where they moved in with their families at a young age. But health problems often require a move to ground floor apartments – a task that requires money and manpower, he says.

Ageing also causes some immigrants to forget their German skills and revert back to their mother tongue, says Silke Dinius, who runs AJUMA, a pilot project in Offenbach that encourages young men with immigration background to train in geriatric nursing.

But often the main concern for ageing immigrants is not to be seen only as an old foreigner, says Mathias Fuchs, who until mid-2010 ran a project in Rüsselsheim to integrate retired “guest workers” employed at automaker Opel since the 1950s.

The project motto, “Don’t see me as an ageing immigrant,” reflects that they have “spent more time in Germany than in the country of their birth,” Fuchs said.

In his retirement home cafeteria Burhan Akgül sits between both German and Turkish housemates. He discusses the river near his birthplace that gave him his family name.

As a matter of honour, Turks speak German when other Germans are present, he says.

He has many German friends at the facility, but he also has Iranian, Russian, and Polish friends too, he stresses.