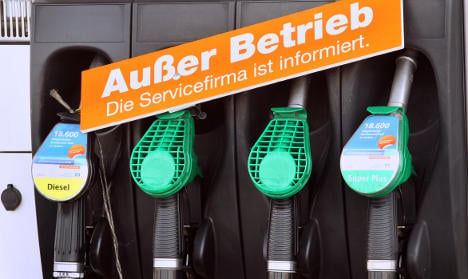 The E10 delivery stop came on Thursday in response to a shortage of high-octane petrol at German petrol stations as drivers uncertain about the biofuel filled up with super grades, leading to a shortage and rising prices.

The government has blamed the petroleum industry for failing to provide proper information to customers on whether their cars can handle the fuel.

Consumer Protection Minister Ilse Aigner on Thursday called the sector’s approach to the problem a “fiasco,” saying they had ample to time to prepare customers for the new fuel’s introduction to the market.

“The management can’t be allowed to steal away from responsibility and let the customers pay the price,” she added.

Germany’s ADAC automobile association’s spokesman Maxi Hartung agreed that petrol producers alone were to blame for the debacle, saying they’d failed to provide adequate information to stem customer concerns about the fuel, which was meant to replace the old super grade gasoline.

“The petroleum industry alone is responsible for the chaos that followed the introduction of E10,” he said. “It’s the wrong approach for there to be absolutely no information available on a newly introduced product where it is sold, namely the gas stations.”

Instead they placed the responsibility with carmakers, he said.

But deputy leader of the opposition environmentalist Greens’ parliamentary group Bärbel Höhn said that the government was also at fault.

“The chancellor brought it upon us,” she told public broadcaster ARD on Friday, alleging that Angela Merkel “pushed through” European Union regulations for the institution of E10 fuel in 2007.

Meanwhile Markus Ferber, head of the conservative Bavarian CSU party in the EU parliament, said that E10 should simply be done away with.

Christian Democrat Herbert Reul, who is an energy expert in EU parliament, agreed.

“The sooner E10 disappears from the gas stations, the better,” he told the paper.

Economy Minister Rainer Brüderle has called for a summit on the issue, a suggestion welcomed by Environment Minister Norbert Röttgen, who also wants Aigner to attend.

“The confusion caused by the petroleum industry is unacceptable,” Röttgen told daily Bild.

About 90 percent of cars on the road can handle the new biofuel, which contains up to 10 percent bioethanol content. Advocates of the gasoline-ethanol mixture, which can be produced with common crops such as sugar cane, potato and corn, say it helps curb greenhouse gas emissions.

From the beginning of this year, German gas stations have been required to offer the new Super E10 petrol or face penalties. According to the newspaper Bild last week, it was being stocked by four in ten stations.

Drivers can determine is the Super E10 is suitable for their cars by asking their dealer or mechanic, or by looking at the list of compatible models published by the Deutsche Automobile Treuhand.