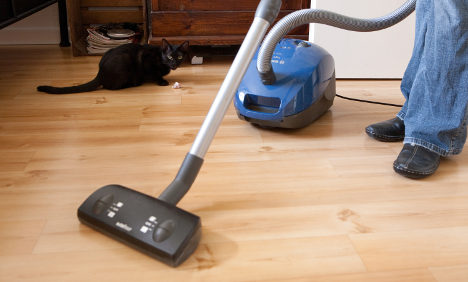 Berliner Ali ben Salem told daily Der Tagesspiegel on Monday that a delivery of a vacuum cleaner floor extension part worth €14.95 had been stopped by the authorities.

A letter from the Bosch und Siemens (BSH) household products company in Fürth informed Salem that the delivery had been halted through their “inspection system” and would only be shipped after he provided a copy of his personal identification.

Tunisian-born Salem, a German studies specialist who has lived in Berlin for more than 40 years and holds German citizenship, took the letter to a local BSH service centre to find out more, he said.

He was stunned to discover that his name was on a terrorism watch list, the paper said.

Der Tagesspiegel contacted the company, which said they assumed Salem was not necessarily on the terror suspect on the list, but that European Union regulations required them to review the situation.

The EU rules also dictate that people on the list are not to be provided with “financial assets or economic resources,” apparently including vacuum cleaner parts, the paper was told.

The regulations extend “very far,” a spokesperson at the BSH Munich headquarters said.

But the precautions clearly went a bit too far for Salem and his wife, a doctor practising in the city’s posh Wilmersdorf district. Instead of subjecting themselves to a background check to prove they were not Islamist radicals, the irked couple opted to demand their money back.