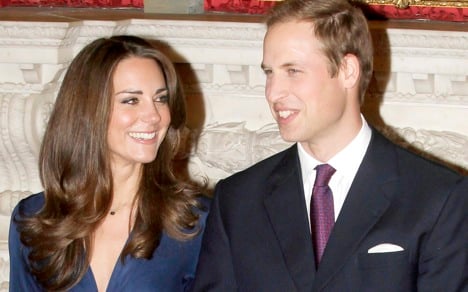 The only blue-blooded Teutons likely to attend the noble event of the year come from Hannover.

The young couple has invited some 1,900 guests to their nuptials at Westminster Abbey on April 29, and gossip is swirling about who may have been on the list. But German nobles have reportedly received conspicuously few of the coveted gilded envelopes.

President Christian Wulff is an expected guest as Germany’s head of state, but it seems the German relatives of the royal family have been left out.

“We did not receive an invitation,” said Otmar Fugmann, spokesman for the House of Saxe–Coburg and Gotha.

Head of the household Prince Andreas is the great grandson of Queen Victoria and Prince Albert – who is the progenitor of the current royal family in the United Kingdom, though their name was changed to Windsor in 1917 due to anti-German sentiments.

Meanwhile relatives of the Windsors’ in northern Germany are also unlikely to attend the blessed event.

Princess Elisabeth of Schleswig-Holstein, who shares the same ancestors as William’s grandfather Prince Philip, has also said that her family received no invitation.

The only likely recipient of the fancy beige envelopes will be Ernst August, Prince of Hannover, who may be accompanied by his wife, Princess Caroline of Monaco. The House of Hannover has had a close kinship with Great Britain since 1714, when George I of Hannover took the throne in London.

But press representatives for the noble house did not confirm whether the couple would attend.

“His majesty, Crown Prince Ernst August von Hannover considers himself strictly a private person and does not wish to reveal his private appointments,” the agency said.

Still, despite the snub for German aristocrats, William and Kate are reportedly paying close attention to courtly protocol, inviting more than 40 members of foreign royal families when issuing their invitations.