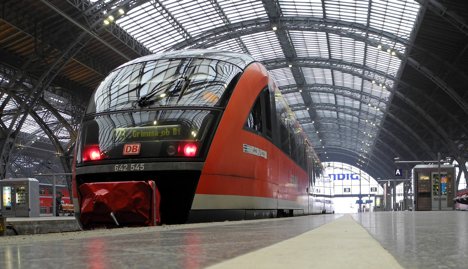 Claus Weselsky, the head of drivers’ trade union GDL, said late Monday train engineers would walk off the job between 6 to 8 am on Tuesday.

The move will likely cripple commuter rail service across Germany during the morning rush hour.

Over the weekend, the GDL had threatened to shut down the nation’s railways if Deutsche Bahn and six other private train services failed to present an acceptable wage offer.

“Both Deutsche Bahn and (the other rail operators) had enough time to offer us a negotiable offer in oder to avoid a labour dispute,” said Weselsky in a statement on Monday. “They didn’t make use of it.”

The union has demanded wage increases for some 26,000 regional, long-haul and freight train drivers. They are hoping to get 105 percent of the current average wage at Deutsche Bahn.