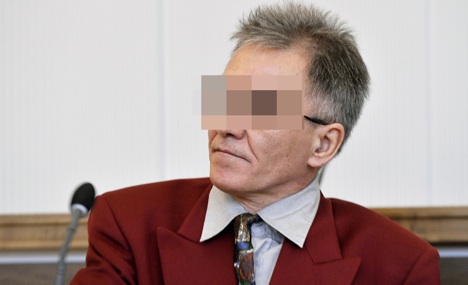 The defendant, identified only as Detlef S., acknowledged on Tuesday he had repeatedly impregnated his stepdaughter, now 27, but denied forcing himself on her, or his stepson and biological daughter.

“Daddy didn’t want us to go to school because he had no control over us there,” Detlef S.’s 18-year-old daughter said Wednesday, according to news agency DPA. “If he ever gets out of prison I will run away.”

The 48-year-old is on trial in Koblenz on charges of sexually abusing his daughter, stepdaughter and stepson in a house of horror in the small village of Fluterschen in Rhineland-Palatinate over a 23-year period.

The biological daughter appeared in court as a witness on Wednesday, repeatedly breaking down in tears as she testified, DPA said.

The stepson, 27, told the court in testimony lasting several hours that he first suspected that the accused was abusing his daughter when he found her bleeding from her genitals in the bath in 2002, the Bild daily reported. At the time she would have been nine or 10 years old.

The stepson also told the court that the defendant first touched him inappropriately when his stepfather groped his and his sister’s genitals in bed when they were both four years old, Bild said.

“This was an incredibly difficult day for my client,” DPA quoted the stepson’s lawyer Bernd Lindlein as saying. “It is obvious that he (the accused) will be convicted, the only question is for what.”

He is also accused of prostituting the stepdaughter and his biological daughter out to others at 40 deutschmarks and later €30-€50 ($41-$68) per time, allegedly while he watched.

He also used to beat all three with his belt or a homemade whip, public prosecutor Thorsten Kahl said on Tuesday.

The stepdaughter told Bunte magazine that she just wanted to live a normal life “without violence, without getting hit.”