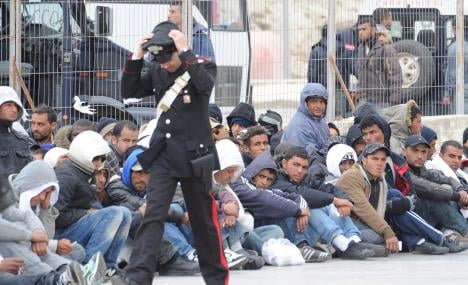 Italy has asked European Union members for aid in handling a flood of refugees from unstable Tunisia, but the request has been met with mixed reactions in Germany.

While members of the leading centre-right coalition have rejected the idea, opposition politicians have signalled they would be open to receiving the refugees.

The EU’s border protection agency Frontex should also increase personnel to stop them, he added.

“If a member state closes its eyes and allows masses of refugees to travel into other countries, there must be sanctions, up to the point of shutting them out of the Schengen Area,” he said.

“The north can’t leave the south alone on this,” he said.

“In light of the dramatically sinking number of asylum seekers in Germany, taking on a contingent of eligible asylum seekers from Africa would certainly not exceed the country’s ability to integrate them,” he told the paper.

But EU parliamentarian for the conservative Bavarian party the CSU, Manfred Weber, called for a “more active cooperation” with North African countries to prevent people from coming to Europe.

“The mass of people surely doesn’t want to leave their homeland,” he told news agency DAPD.

Instead the EU must provide financial support to the democratic movements to ensure their success, he added. If people there understand that a new political system will improve their lives, the number of refugees will sink, he said.