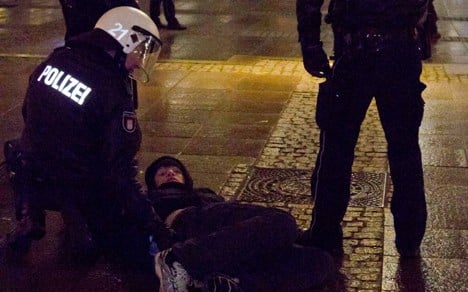 Around 250 people took part in a protest march through the city, the police reported, and attempted to build barricades and break a jewellery shop window.

When the march ended, some demonstrators launched fireworks in the Altona district of Hamburg and destroyed six shop windows. Around 80 protestors also gathered in the St. Pauli district and were seen throwing fireworks.

The police arrested one man and took a total of fifteen people into custody. According to the police, no-one was injured.

The demonstration follows a week of protests in Berlin over the clearance of the ‘Liebigstraße 14’ housing project on Wednesday.

The house in the former East Berlin has been occupied since 1990. The occupants were eventually granted rental contracts, which were terminated when two private investors bought the house at the end of the 1990s. An extended legal battle was finally lost and resulted in Wednesday’s forced eviction by 2,500 police officers.