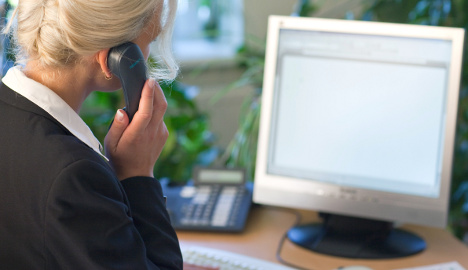 Through her spokesman Steffen Seibert, Merkel said there would be “no legally obligatory quota,” because such a regulation was unenforceable. However she put the business community on notice that it must work harder to raise the number of women in top jobs.

Merkel’s conservative Christian Democratic Union (CDU) party had been locked in a debate on the matter this week after Labour Minister Ursula von der Leyen and Family and Social Affairs Minister Kristina Schröder locked horns publicly on the issue of a mandatory quota.

Von der Leyen favours a mandatory quota of 30 percent women on company boards and in executive positions. Schröder said she was also in favour of a quota but insisted it must be voluntary.

German businesses agreed 10 years ago to voluntarily increase the number of women in executive positions. The success had been “modest, to put it mildly,” Seibert said, acknowledging progress had been “disappointing.”

There was agreement on that within the centre-right coalition, though there were “different opinions” about how to achieve it.

Merkel wants to give business a second chance to work towards raising the number of women in executive jobs without forcing them through regulation.

However, there would have to be progress within a “manageable time frame,” Seibert said.

Results must not be postponed “indefinitely” and the government would not sit back while the business community took another 10 years, he said.