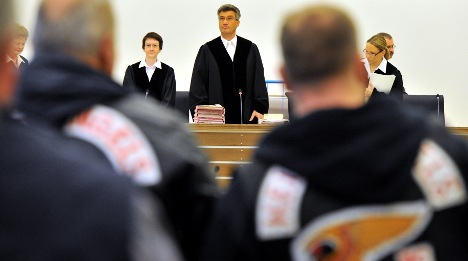 There is no legal basis for such a ban, Frank Hanebuth, president of the Hells Angels in Hannover, told Focus magazine.

“We will defend ourselves with all legal tools and if necessary take it to the European Court of Justice,” he said.

Hanebuth, who masterminded the peace pact with the rival Bandido gang last May, said the criminalisation of the Hells Angels was unfair and that comparisons with the Mafia were completely excessive. “Do we shoot state prosecutors, judges or politicians?” he said.

“Do we blow up buildings? Do we deal weapons or tons of cocaine? No! We would never do that.”

But interior ministers have long been looking to ban the clubs which are repeatedly involved in serious crimes. A report on biker-rocker crime written in 2009 by the Federal Criminal Police (BKA) described clubs like the Hells Angels as organisations whose members live by their own, strict rules and show only low readiness to cooperate with the police.

The groups often use violence in the conduct of their business, the report said, while the main aim was to increase territorial and financial power.

A new biker club has arrived on the Berlin scene, it was reported late last week, with the appearance of the Mongols, which allegedly attracts violent immigrants as members.

A Berlin criminal police report Der Spiegel predicts violent clashes with the capital’s Hells Angels. Last Monday a member of the Mongols was stabbed by two unidentified men in the Tegel district of the city.