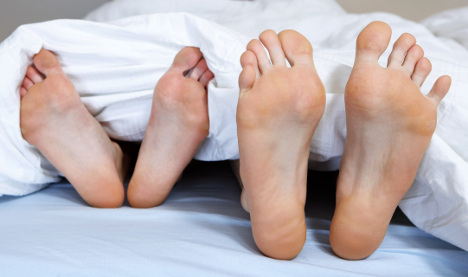 The man came to his local police station in the southwestern city of Waiblingen, Baden-Wurttemberg on Tuesday saying that he had been sleeping on the sofa for the past four years to escape the clutches of his wife.

The couple has been married for 18 years and have two children together.

“Now he has decided to get a divorce and to move out… in the hope of finally getting some rest, particularly as he is anxious to arrive at work well rested,” police said in a statement.

“At the moment this is impossible because he says his wife keeps coming into the living room demanding that he perform his marital duties,” the statement said. “He asked for police help in getting some sleep at night.”