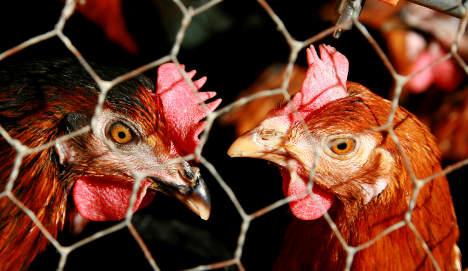 Agriculture Minister Ilse Aigner reacted angrily to the new wave of closures, after a feed producer in Damme, Lower Saxony, admitted it had not previously disclosed its connection with the firm which delivered contaminated ingredients.

The Lower Saxony state prosecutor is examining the case for potential gross negligence – the state Agriculture Ministry said, it was investigating to try to discover why the firm, “delivered the complete lists [of suppliers] late and only after massive pressure from the authorities.”

It seems products – largely eggs – which should not have been distributed due to dioxin contamination, reached the market for around 10 days, although it is not thought that public health is at risk.

Aigner called for Lower Saxony premier David McAllister to be tough, saying, “This is a scandal within a scandal.” McAllister was told to deliver a full report by Saturday afternoon, and to enforce punishments on those responsible by the evening.

It is particularly embarrassing for Aigner as she visited the Lower Saxony state consumer protection and food safety office on Friday and was emphatically reassured that everything was being done to get the dioxin scandal under control.