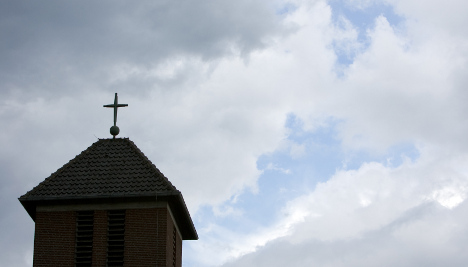 Clergyman Michael G., a 49-year-old father of three, had sex with a 32-year-old woman in his church in the city’s Altona district on November 17 last year, daily Bild reported.

The incident took place on an important holy day, the Day of Repentance and Prayer. The pastor’s sermon included the Biblical proverb: “Do unto others as you would have others do unto you.”

The pastor had held an evening service and then served red wine and finger food to his parishioners. Many stayed, including a 32-year-old woman who was also a member of the parish council.

The quiet drink appears to have gradually developed into a private party.

Shortly after midnight, the woman and Michael G. were the only two people left.

“I wanted to go home, but then I didn’t feel well. I could not stand and I felt queasy and dizzy,” the woman said. “I sat down on a pew. Suddenly his nose was in front of my face. Then someone was fumbling around with my pants. Later I heard moaning.”

She could not remember any more than that, she said. She woke the next morning on the ground between the pews.

“There were cushions under me. I was naked from the waist down, without my pants and knickers. My legs were covered with the pastor’s robes. He was lying behind me.”

A few days later the the pastor sent the woman several emails apologizing for his behaviour. She decided to report the incident and informed the police.

The state prosecutor’s office is now investigating the pastor on suspicion of sexual assault.