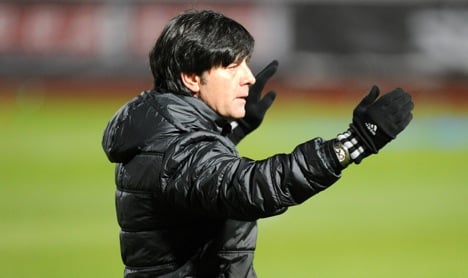 Speaking to Sport Bild, Löw pointed to the atmosphere generated at home during the last two World Cups in Germany and South Africa by fans watching matches on giant screens in open spaces.

Asked if the 2022 tournament should be played in January, he replied: “I really do not think that can be done because I also see the tournament from another point of view: that of the fans.”

After football’s world governing body FIFA decided to award the World Cup to the Gulf emirate, there were fears that the searing heat in June and July would make the tournament dangerous for players and fans alike.

FIFA President Sepp Blatter has said he would support moves to stage the tournament during the winter months, but warned that such an action would be difficult to implement.

Speaking last month, Blatter said: “It is important to play when the climate is appropriate and I’m thinking about the footballers, not only the fans but the participants.”

“Personally I think it would be better that it is played in the winter … but it’s not easy to realise.”

German legend Franz Beckenbauer, a FIFA executive committee member, and FIFA general secretary Jerome Valcke are among those who have also voiced support for a switch of dates.