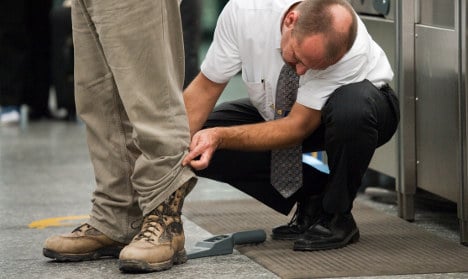 “Systematic differentiation according to homeland and origin carries the risk of stigmatisation,” Leutheusser-Schnarrenberger, of the liberal Free Democratic Party, told daily Süddeutsche Zeitung on Wednesday.

Christoph Blume, the head of Düsseldorf Airport and the incoming head of the ADV airport association, told Tuesday’s edition of daily Rheinische Post that passengers should be divided into risk categories, meaning they would be subject varying degrees of scrutiny by airport security.

“That way, the security system could become more effective to everyone’s benefit,” said Blume, who will take the helm of the ADV next month.

He said profiling passengers according to characteristics such as race, religion and country of origin would allow German airports to avert a further tightening of security.

But his call has met fierce resistance. Leutheusser-Schnarrenberger said such a move would “quickly breach discrimination bans that apply in the European Union and in Germany.”

The call for profiling amounted to “massive data gathering” whose cost was out of proportion to its benefit, the minister added.

“Classification into different risk groups always has a discriminating and degrading effect on the people in question,” he said.