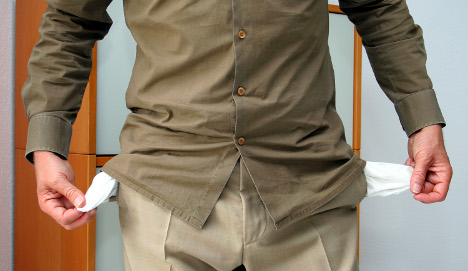 While Germany’s new debt arising from the financial crisis will not be as burdensome as was expected this year, it will still reach about €50 billion, latest calculations from the Finance Ministry show.

Bank bailouts, the extension of the subsidised Kurzarbeit scheme and extra money for heat insulation in schools and kindergartens, have all forced the federal government to dish out massive amounts of money.

New borrowing was expected to top €80 billion in 2010, but strong economic growth and increased tax revenues has relieved some of the pressure on the public purse.

“According to current assessments, a result of under €50 billion is possible by the end of the year with regard to new debt,” a monthly report from the Finance Ministry said.

Net borrowing by the government is nevertheless the highest by far in German history.

For 2011, the federal government has planned to take on new debt of €48.4 billion. Officials expect tax revenues to be 0.3 percent higher than last year.

The entire deficit of all public budgets – federal, state and municipal – climbed in the first nine months of the year by nearly €100 billion.