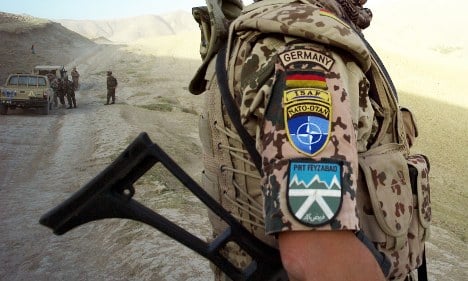 In a speech to parliament, Westerwelle defended the decision to send Bundeswehr soldiers to the strife-torn country as necessary to protect Germany, but said Berlin would begin drawing down its forces in 2011.

“That’s why this mission is the right thing to do. But it’s also right that it shouldn’t continue on forever,” he said.

Assuming Afghan forces can ensure security on the ground, the last Bundeswehr troops will leave by 2014.

“The roadmap stands,” Westerwelle said, cautioning that Germany would not simply leave the country to have it descend back into chaos. “If one day later the Taliban moved back in, it would help no-one.”

Westerwelle addressed parliament to explain the government’s policies following a report on Afghanistan’s progress issued by his ministry earlier this week. He said the security situation remained troubling on many fronts, but there had been promising advances in both the country’s economic and societal development.

The Bundestag must renew the mandate for the German military deployment in Afghanistan in January. Currently there are almost 5,000 German soldiers in the northern part of the country as part of NATO’s military engagement in country.

The opposition centre-left Social Democrats (SPD) accused the government of stoking uncertainty by sending conflicting messages about the length of the German military deployment.

“One can’t flip-flop back and forth in this matter,” said the SPD’s deputy parliamentary leader Gernot Erler, referring to comments by Defence Minister Karl-Theodor zu Guttenberg earlier this week against setting a date to remove the troops. “We need certainty and trust.”

But Westerwelle and members of Chancellor Angela Merkel’s centre-right coalition attacked SPD criticism of Guttenberg’s most recent trip to Afghanistan for taking along his wife Stephanie and TV talk show host Johannes B. Kerner.

The Guttenbergs were accused of using the backdrop of Germany’s military mission in the country as a publicity trip.